Your trachea separates into the left and right bronchi that enter the lungs, where they divide over and over to form tiny branches. The tiniest ones are bronchi­oles and these actually touch the lungs. Here oxygen enters your blood and carbon dioxide and water vapor leave it. The bronchi and bronchioles must re­main fully open and clear at all times. Thal does not happen to those suffering from bronchial asthma.

Asthmatic Attack
During an asthmatic "attack" the bronchioles be­come swollen, go into spasm and fill with mucus. Asthmatics struggle for every breath, literally gasping and wheezing for life during an attack. In some, the wheezing, gasping and struggling go on continu­ously and long-time sufferers may develop a barrel chest. Attacks may be triggered by allergic reactions, emotional stress, physical exertion or irritants like cigarette smoke. ln the most dangerous form or asthma, status asthmati­cus, the attacks last for days and can result in death.


Bronchitis & Emphysema
ln bronchitis there is increased mucus in the trachea and bronchial LUbes. It's sometimes called "smoker's cough" because cigarette smoking is the most com­mon cause. Bronchitis i.s rare in non-smokers but it is sometimes seen among the children of smokers.

Emphysema is usually associated with long-term smoking-many bronchioles are blocked and the lung itself is destroyed. With less lung tissue the blood gets less oxygen, causing high blood pressure and heart trouble. People with chronic emphysema can suffer for years from severe "air hunger" (hypox­ia) causing lethargy, muscle weakness, impairment of mental [unction and, in severe cases, a slow death.
The Standard Medical Approach
Medicine offers no cure for asthma, bronchitis or emphysema. Patients are told to avoid physical or emotional irritants and are given temporary relief with cortisone, inhaled corticosteroids or bron­chodilators that prevent or reduce swelling inside the bronchi. These drugs may cause severe side effects including addiction. Heavy use of a common asthma drug has been linked to a greater risk of dy­ing from the disease.

The Chiropractic Approach
For over a hundred years sufferers of all types of re­spiratory conditions have sung the praises of chiro­practic care. Typical among case histories is that of an 8-year-old diagnosed with asthma at age five who was using Beclovent™ and Albyterol™ one-to-three times per day. After eight chiropractic adjustments over a period of 2 1/2 weeks, the child had stopped inhaler use, could run without gasping and was free of asthmatic attacks without medication.

Lung volume has been reported to increase after chiropractic adjustments and one study of 185 men and 87 women showed improved respiratory function after spinal care. In another study of patients with chronic pulmonary disease, a classification that includes those with bronchitis and emphysema, over 90% reported improvement of symptoms after spinal care. Researchers have found spinal care superior to conventional medical bronchodilators, expectorants and corticosteroids.


Chiroprac­tic is a healing art dedicated to keeping the nerve passages in the body open and unobstructed. This will help the en­tire body, including the lungs, bronchi and other structures of the respiratory system, heal and function at its best.
As one famous researcher wrote: "In asthma the mechanical factor (spinal subluxation) may be so important that until the mechanics are put right the symptoms will persist."


Anyone with a chronic lung condition needs to ensure their lungs and bronchi are receiving uninterrupted nerve communication. 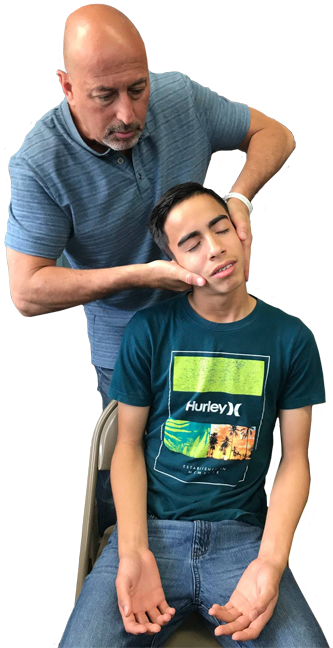 Silberfine Chiropractic in Carpentersville is a unique office. We don't charge outrageous fees every visit. We offer affordable monthly plans so you can get the care you need at the price you deserve. You can come in when you like. You heard me right. No appointments! No headaches! No hassles! We service the greater Chicagoland area including Carpentersville, Algonquin, Lake In The Hills, East Dundee, West Dundee, Gilberts, Pingree Grove, Sutton, South Barrington, Fox River Grove, Sleepy Hollow, and Elgin. I look forward to seeing you soon!
Contact Me Today at 847-844-1950